A list of underrepresented open source developers who can be sponsored through the GitHub Sponsors Program. [ About ] 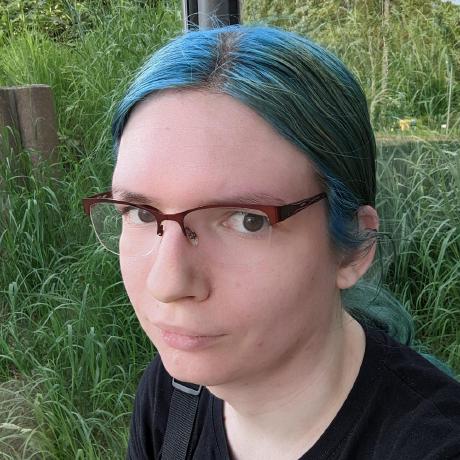 I'm a trans woman from germany writing some open source stuff. Sometimes I patch bugs that annoy me, but mostly I write some new small tools to share with the world.

My coding interests are widely spread, reaching from lowlevel osdev stuff (writing my own operating system LF OS) over web applications (in js, ts, perl, php, scala, golang, haskell) over to complex kubernetes and other cloud native stuff (some patches in fission, running my own vanilla k8s cluster).

If you sponsor me, I can get more energy drinks to finally calm down while drinking them (yes, really). If a lot of people sponsor me, a part will be distributed to other developers.

I'd love to be able to live from open source software alone, but know it's a hard to reach things and my contributions aren't worth that much yet.

Oh and another thing happens when you sponsor me: you'll actively help me with my mental health problems by showing my work has value.

A list of underrepresented open source developers who can be sponsored through the GitHub Sponsors Program.

Built with Librarian by @erikaheidi.